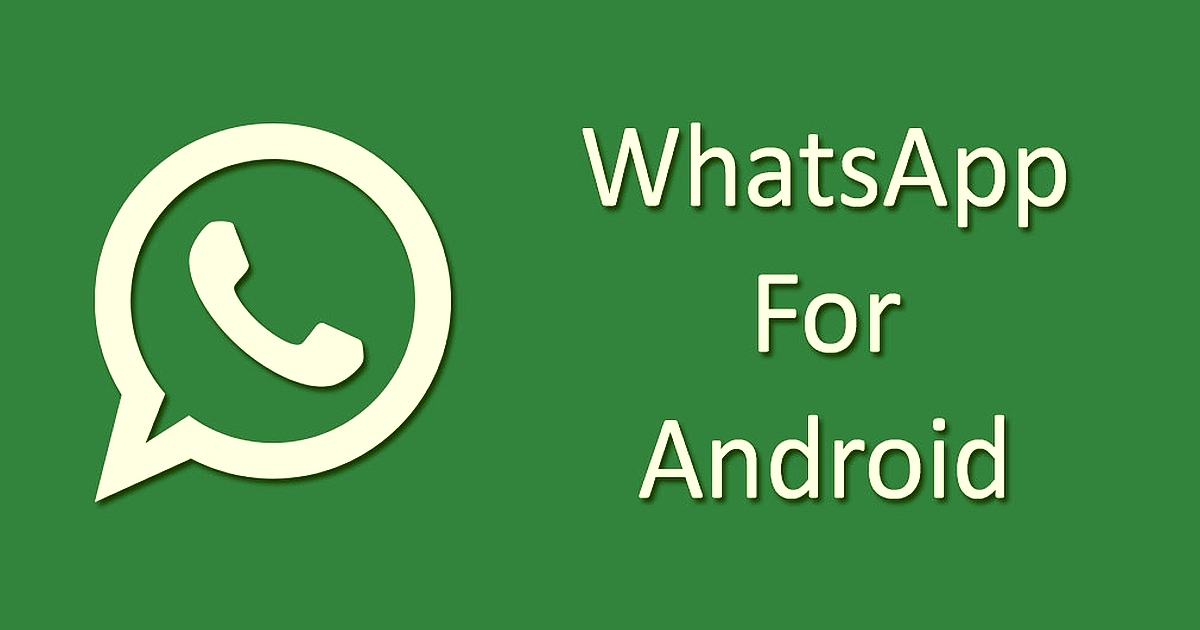 Yes! You can download WhatsApp Messenger for Android smartphones and tablets. Every year or less, the notorious messaging app of all times, WhatsApp, presents a whole bundle of new features to its platform; these features may be new ones or enhanced ones or even the omission of some features that are disturbing the users.

However, it can’t be denied that the multiple characteristics and properties of WhatsApp are the main sources of attraction that have led to its current popularity. One of the tiniest yet very viral features is the ability to send and receive audio messages effortlessly instead of spending time with the keyboard trying to stuff an enormous amount of details in one message. Of course, audio messages are available on other messaging platforms as well, but being the most famous messaging app, at the time, alongside the efforts exerted by the developers of WhatsApp Messenger in order to meet the aspirations of the billion users, made audio messages on WhatsApp pop up and stand out as an easy communication way. Yet, over the long course of using the WhatsApp audio messages, complaints about playing the messages aloud in public, when the headphone is not reachable, have arisen. Users immediately click on the audio they receive and then the message starts flowing in public revealing its content which is indeed, whether personal or not, not a very good way to expose any audio message publically. On the other side, the user can just keep the audio message intact til he can get his hand on a headphone, which is quite frustrating.

WhatsApp is Putting an End to its Audible Embarrassment

Fortunately, WhatsApp seems to take every complaint, no matter its significance or priority, seriously enough that the developers of the app have already finished working on a feature that’ll enable the user to listen to the audio message even without a headphone on. The new audio feature maintains privacy and satisfies the curiosity of the user at the same time. Thankfully, the feature is already deployed in the newest version of WhatsApp and is fully functinal. The feature, basically, turns the audio message automatically to the mode of a phone call and hence the user listens to the message as if he was making or receiving a call. As a result, the new audio message feature works both ways, whether via a headphone or not; plus, this feature is particularly significant for the newest types of smartphones that don’t support a headphone port, instead a headphone is only functional via the Bluetooth. So if you own one of the brand new smartphones that support a Bluetooth-based headphone, then you can start using this new WhatsApp feature in the situations that are in shortage of a headphone.

Also, WhatsApp Messenger didn’t forget to add another tiny audio feature related to recording; after installing the latest WhatsApp version, the user can record easier than he used to. Instead of holding the audio record button whilst finishing your audio message, you can now slide the recording button and then the mode of recording will be activated; after that, once the message is sent, the recording mode will be deactivated til further notice. All in all, the newest features of audio messages on WhatsApp, despite their tiny importance, are, definitely, the facilitators of your audible communications.

Download PhotoScan App and Bring your Old Photos to Life